78 Engineering is an official Europafilter Service Partner. The Europafilter oil cleaning system is a simple solution that provides both financial benefits and environmental advantages.

For more information get in touch today:

Oil needs to be changed regularly. If not machine parts will continue to break down. However, if oil can be kept 100% clean then in theory your machine should never degrade or require changing.

Parts could be used indefinitely and the risk of breakdown and production stops would be drastically reduced.

READ MORE
Large and small particles
Built-in online filters, which most machines are equipped with, provide protection against large particles, but these large, dangerous particles are few in number. Most of the particles in oil are however very small (70% of the total particles in oil generally consist of particles smaller than 1 micron).

Europafilter with high capacity
Previously it was thought that small particles were not dangerous for machines. Research has shown that these micro-particles bind together other contamination and accelerate oxidation in the oil. This causes oil to lose its lubricating qualities and leads to the formation of resins and deposits therefore eventually causing valves and moving mechanical parts to jam and seize up (85% of all breakdowns in hydraulic systems are caused by contaminated oil).

Modern machine issues
New machines are manufactured to far stricter tolerances and fault margins than ever before. The advantages of this is products are more uniform and of a higher quality. However, at the same time new machines are more sensitive requiring much cleaner oil and regular cleaning to ensure they are not affected by breakdowns during production. 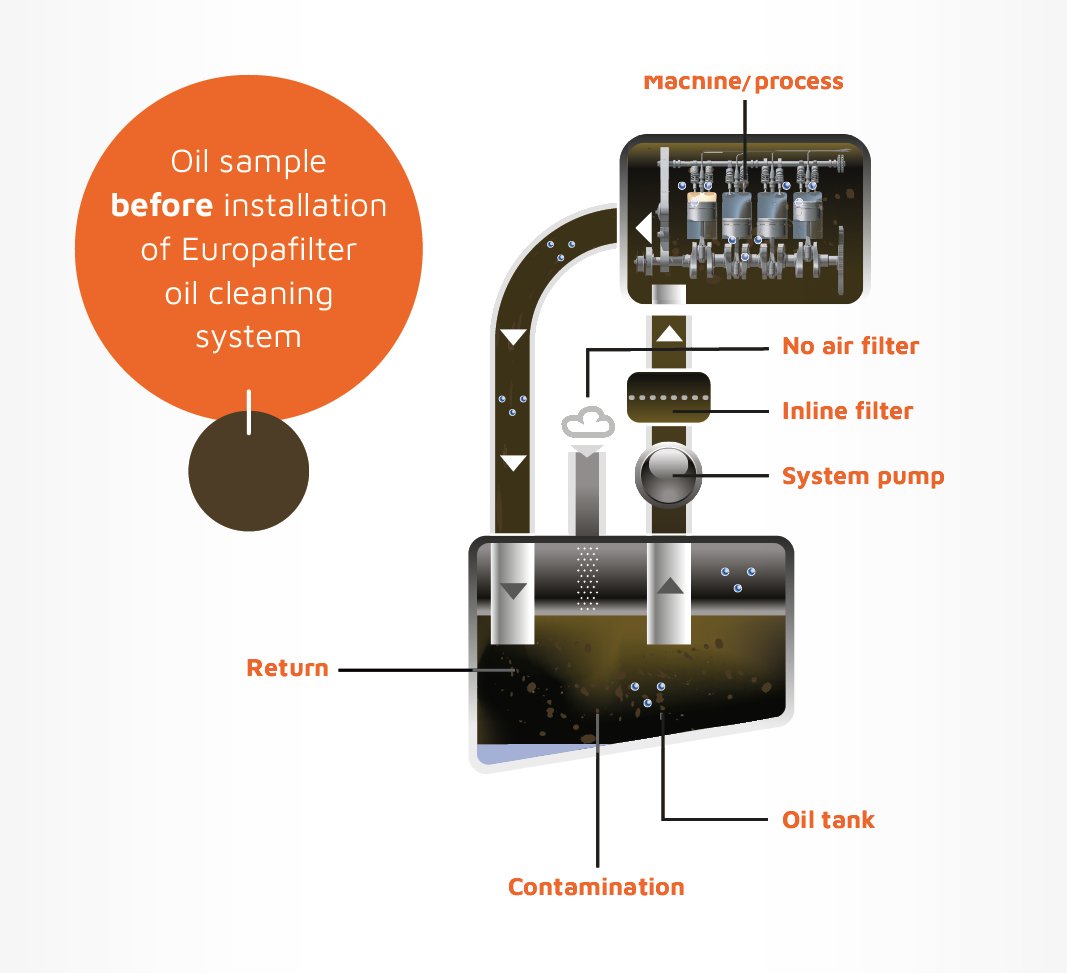 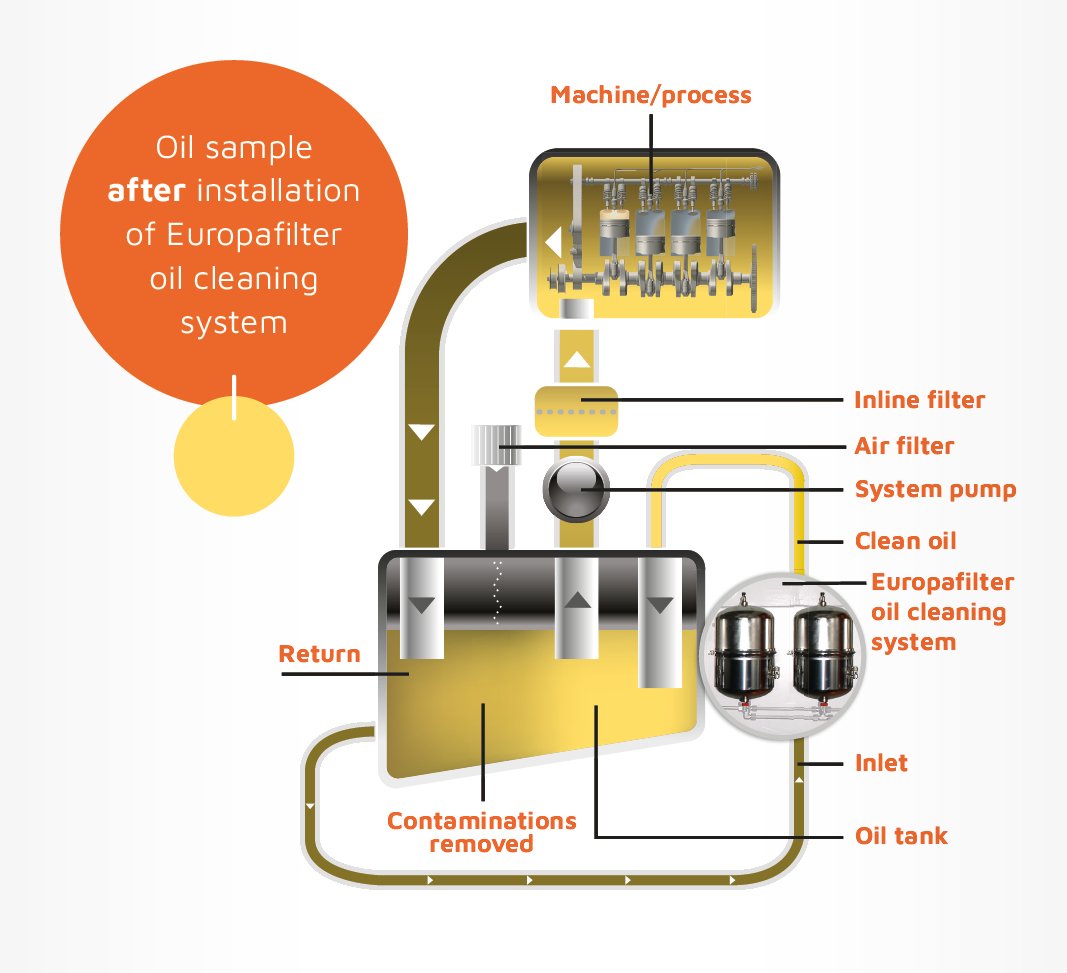 The offline filter provides deep filtering of the oil during operation. As the flow through the offline filter is low it is possible to catch micro-particles that the online filter must allow to pass in order to operate effectively.

READ MORE
Don’t change the oil, change the filter
When the oil is ultra cleaned oxidation ceases. Without oxidation the oil retains all its desired qualities and in theory never needs to be changed.

Europafilter with high capacity
Europafilter prides itself on handling kilos (rather than grams). Up to 1.7 kg* contamination can be trapped in the filter insert EF500HY. This makes the Europafilter both cost effective and environmentally friendly.
*Testdust ISO12103-1FTD : 1755g, ≤ 3000ml of water, bound & free

Remove the water
Water accelerates oxidation and affects the quality of the oil. Europafilters cellulose filter has a high capacity for absorbing water from oil. The EF500HY filter can absorb as much as 3 litres of water before requiring a change.

Retain additives
The additives that are added to the oil to give it special qualities are not affected by filtering. As long as the additives are effective and fresh they are chemically combined in the oil so strongly that they cannot be filtered away. Only when they have done their job and have been used does the molecular structure change. The previously effective additives then become dangerous contamination that is trapped by the filter.

Better for the environment

Using Europafilter’s cleaning systems, oil consumption can be reduced by up to 90%. The amount of poisonous waste oil is reduced just as much when the clean oil can continue to be used.

By installing an oil cleaning system from Europafilter you will not only make an instant financial saving, but will also be taking positive environmental steps for the future. 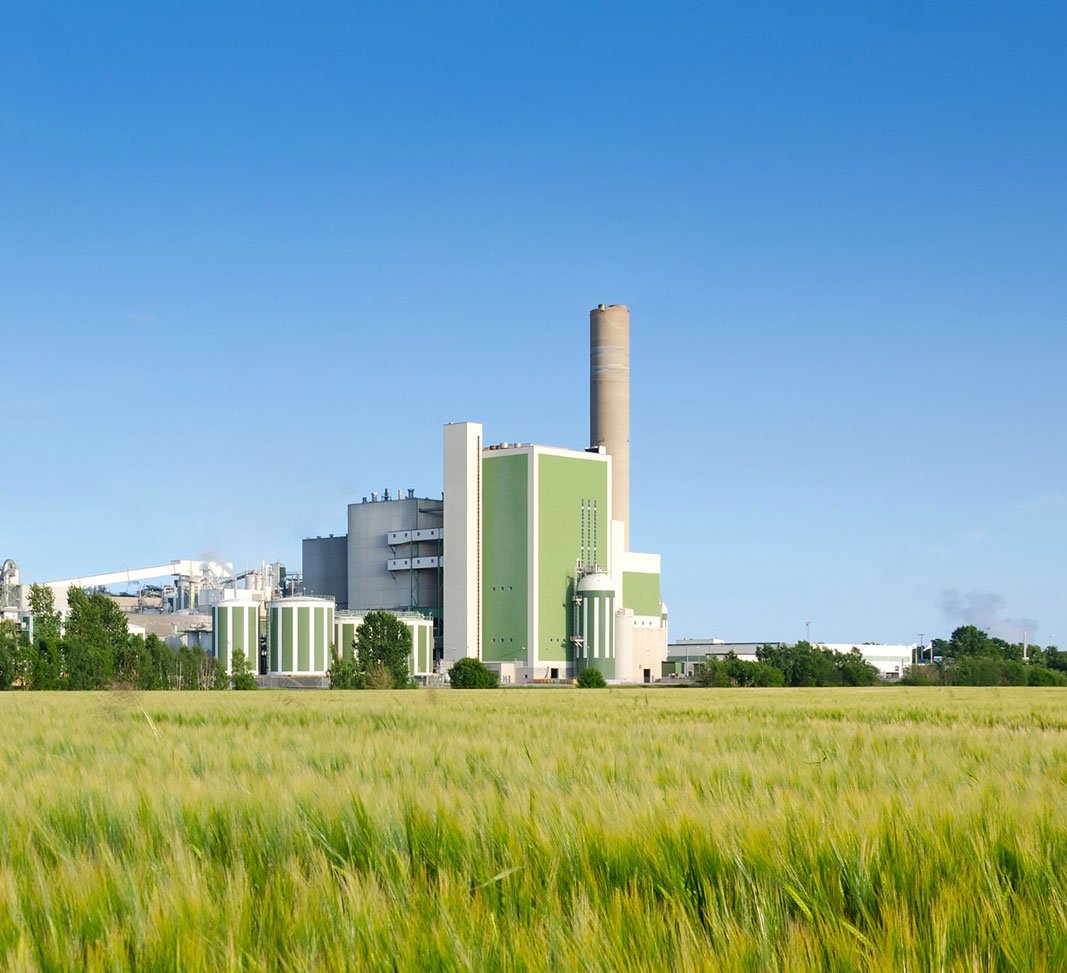 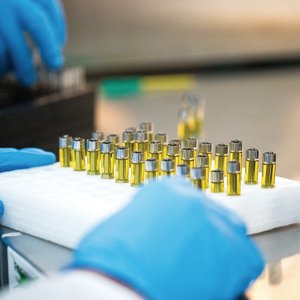 78 Engineering offer oil sampling for our customers preventative maintenance schedules. The reporting is to an industry leading level utilising a patch testing technique.

This provides our customers with a precise report of their machinery lubricant condition at time of sampling, enabling  meantime between failure. 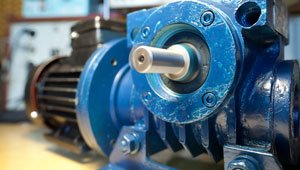 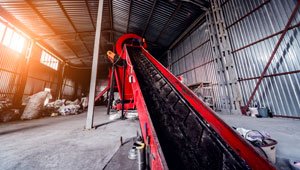 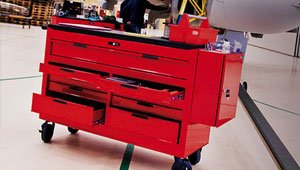 A wide variety of tool sets all at great prices. 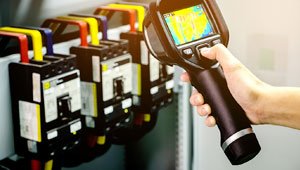 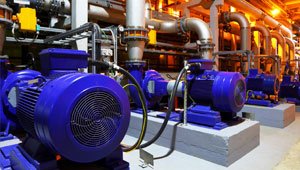 A complete solution for electromechanical repairs. 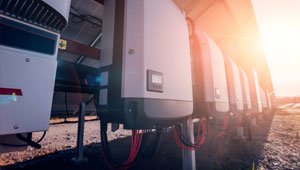 Please fill in the form below, and we'll get back to you.

We use cookies on our website to give you the most relevant experience by remembering your preferences and repeat visits. By clicking “Accept All”, you consent to the use of ALL the cookies. However, you may visit "Cookie Settings" to provide a controlled consent.
Cookie SettingsAccept All
Manage consent

This website uses cookies to improve your experience while you navigate through the website. Out of these, the cookies that are categorized as necessary are stored on your browser as they are essential for the working of basic functionalities of the website. We also use third-party cookies that help us analyze and understand how you use this website. These cookies will be stored in your browser only with your consent. You also have the option to opt-out of these cookies. But opting out of some of these cookies may affect your browsing experience.
Necessary Always Enabled
Necessary cookies are absolutely essential for the website to function properly. This category only includes cookies that ensures basic functionalities and security features of the website. These cookies do not store any personal information.
Non-necessary
Any cookies that may not be particularly necessary for the website to function and is used specifically to collect user personal data via analytics, ads, other embedded contents are termed as non-necessary cookies. It is mandatory to procure user consent prior to running these cookies on your website.
SAVE & ACCEPT